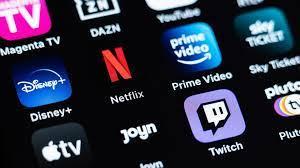 Streaming services have grown immensely since the start of the pandemic and even in the years leading up to COVID-19. As a result of this, it has left companies such as Netflix, Disney+, Hulu, and many more fighting over viewers and precious market share in order to get their share of the pie. As we are slowly coming out of the other side of the pandemic and seem to be entering an economic recession in the coming months, this war may turn into a partnership to keep their companies afloat. Last year marked the first time ever that Netflix’s number of subscribers dropped, with their share price falling by over 60%. They were not the only ones either. As the world turns more to streaming services companies did what they do and adapted to this new method of entertainment. Most companies that did so saw a decrease in their stock price over the past year. With this happening, we may see something that is uncommon in the modern business world. We may see competitors team up to slow and reverse the current trend. According to their most recent quarterly reports, Netflix added 7.7 million new subscribers in the fourth quarter of 2022 with the stock price rising 6%. In the past, news like this would be deadly for competing companies, however, not this time. Netflix competitors also saw a slight increase in their share price after the reports were published. It will be interesting to see what happens in the coming months as Netflix will soon implement a fee for password sharing. According to Netflix, they expect first quarter numbers to be lower than the fourth of 2022 as a result. On the other hand they expect numbers to increase again going into the second quarter as more customers sign up for the service. As we recently flipped the page into 2023, it will all be about banding together in order to fight subscriber fatigue. As the world goes more and more digital by the day companies will be in a constant fight to keep up with the times, and streaming services will be at the forefront of that fight. The number of services has increased drastically over the past couple of years and has saturated the market giving the consumer the option to choose who they want. I myself am interested to see what the services working together will look like. If they can work together in order to keep the market in good standing, then it will be of great benefit to the consumer over time. They can’t get into a pricing war because at the end of the day the consumer will go with what may be cheaper, especially with a recession looming.