Will Joseph Cook is a famous singer-songwriter from Kent, England. Cook is known for his feel-good and catchy melodies which encompass a genre of alternative rock, pop and indie. Cook rose to fame in 2015 after publishing his first EP titled “You Jump, I Run” on the internet, which received over one million streams and resulted in the creation of a large fan base. He has since gone on to release several successful albums and one of his tracks, “Be Around Me,” has been featured in more than 1.2M Tik-Tok videos and over 400k Instagram Reels. This past May, Cook released his latest album “Every Single Thing” under his indie record label, Bad Hotel. Some of the fan-favorite tracks off this album include “Little Miss,” “Kisses,” “Gummy,” and “BOP.”

Cook is currently on tour in the US. He is touring with American singer-songwriter Tessa Violet on her Rise of the Phoenix Tour. On Sept. 19, the tour will be making a stop in Philadelphia at The Foundry, where you can see Cook give a high-energy live performance. He will also be appearing at other US venues up until Oct. 3. Below is the schedule of Will Joseph Cook tour dates: 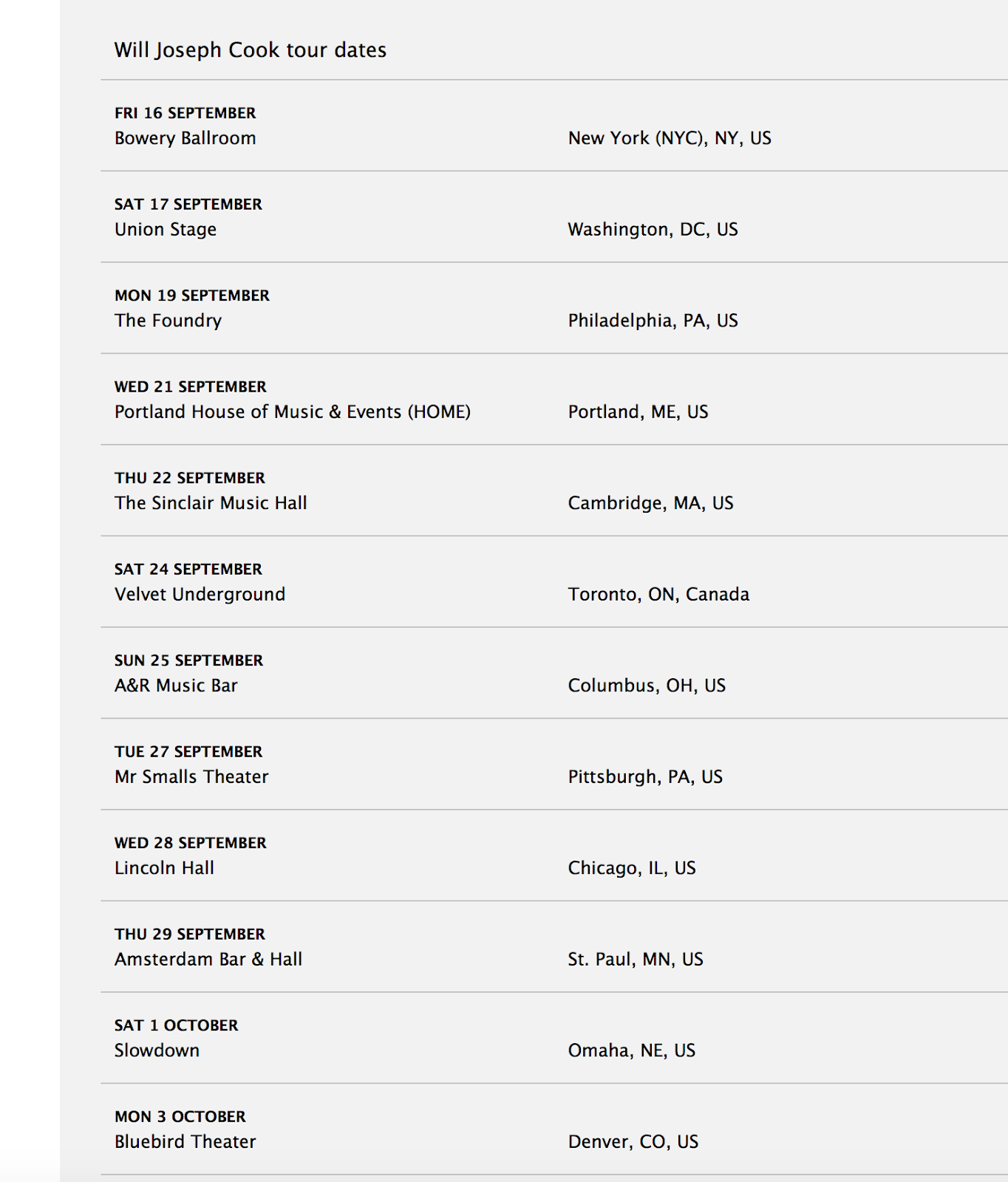 Will Joseph Cook took the time off from his busy tour schedule to answer a few questions. Let’s get to know him a little better. I hope you enjoy our Q&A session:

Q (JERIANN): Is this your first tour in America?

A (WILL JOSEPH COOK): It is! My first bus tour too, it’s been quite the experience. I’d spent a lot of time in LA recording but had barely seen the rest of the US before this tour. Our day off in Joshua Tree National Park is a personal highlight so far.

Q (JERIANN) What should fans expect when they see you live?

A (WILL JOSEPH COOK): Currently, I’m touring as a two piece with my good friend and collaborator Eric Radloff (Okudaxij). We both spread across a few different instruments throughout the set, with a drum machine backing us up. We bring a lot of energy when we play, it has been dope to see that mirrored in all of the crowds here!

Q (JERIANN): Do you have a personal favorite song that is on your “Every Single Thing” album?

A (WILL JOSEPH COOK): It changes all the time, but I think at the moment it’s ‘BOP’ as it’s been popping so hard on this tour. It really comes to life in a live show, that was always what I had in my mind when writing it.

Q (JERIANN): Growing up, which artists did you listen to that inspired you musically?

Q (JERIANN): What advice would you give to aspiring artists?

A (WILL JOSEPH COOK): To not be afraid of sharing your music. I feel like a lot of aspiring artists put a lot of pressure on their first release, but most successful artists have had a long and colorful path to where they’re at now – you just have to start.

Check out the official Will Joseph Cook website for updates and more music information!