In less than 10 months’ time, the Pennsylvania state midterm elections will be upon us, and while this election may not be the most important election to some, it certainly will be the most symbolic of where Americans stand today politically at this time. The frontrunners to take former Senator Pat Toomey’s seat are a progressive from Reading, a physician from Montgomery County, a former Marine from Pittsburgh, a former TV-host-turned-politician and a politician-turned-billionaire hedge fund owner. On that note, let’s put a face to these candidates. 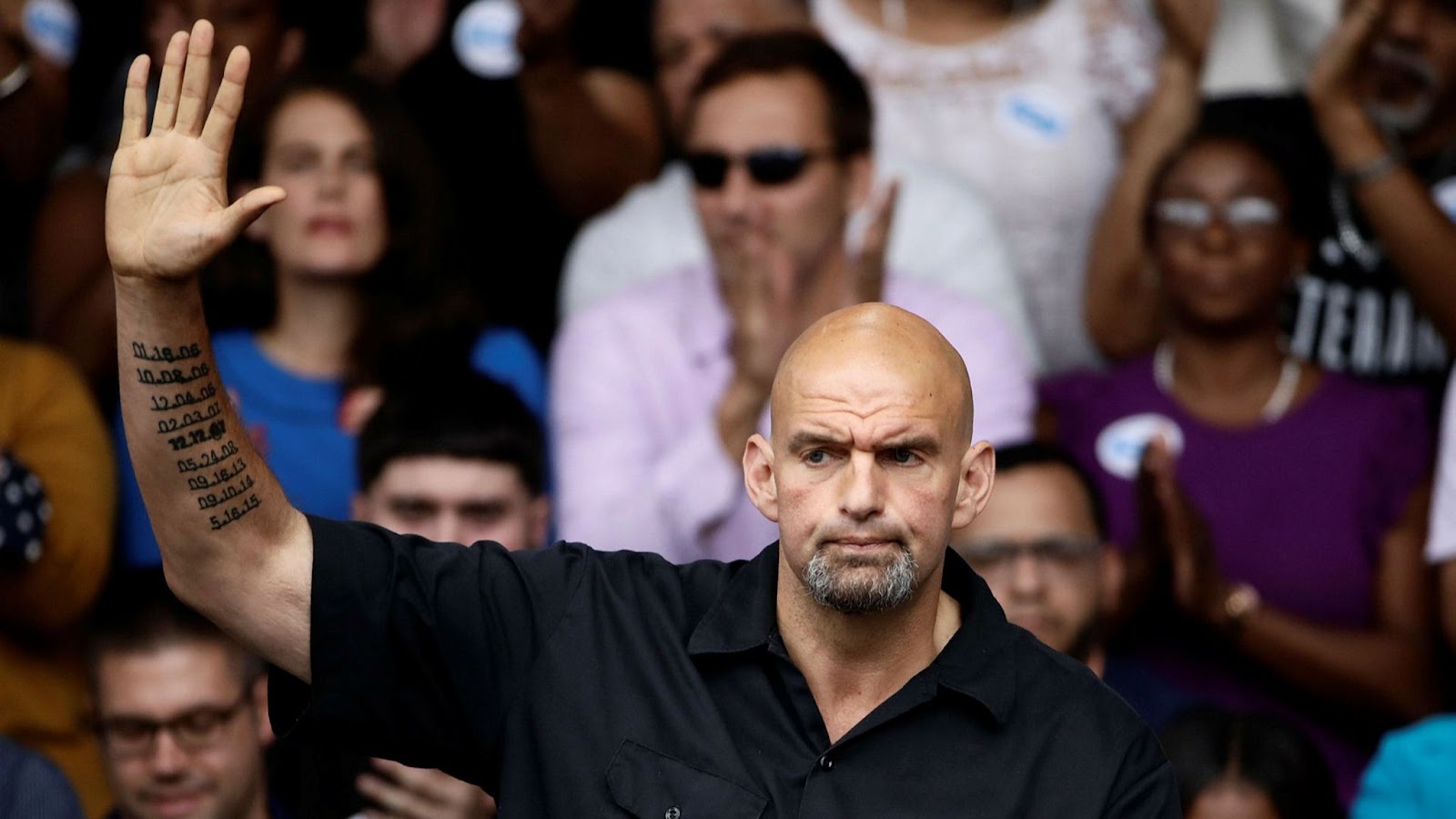 As the frontrunner for the 2022 Pennsylvania senate seat, Fetterman’s 6’9 size makes him seem more like a basketball player than a politician. He got his start in politics by becoming the mayor of Braddock, a small town outside of Pittsburgh. He then became Lieutenant Governor of PA, where his political status blossomed. During his time in this role, Fetterman pushed hard for LGBTQ+ equality and the legalization of marijuana. At one point in 2019, Fetterman went around to all the state’s 67 counties and created a survey that asked people their thoughts on marijuana’s legalization. According to his campaign website, Fetterman also supports a $15 minimum wage, a single-payer healthcare plan, clean energy and the Black Lives Matter movement.

Arkoosh has gotten the third-most donations for Democratic Candidates ($2.1 million) in this race. A physician and chair of the Montgomery County Board of Commissioners, Arkoosh has campaigned to fix problems using a scientific approach. In her campaign message, Arkoosh specifically says she will fight climate change, help push for COVID-19 safety measures and support upholding Roe v. Wade. Specifically, Arkoosh wants to codify Roe v. Wade, which would let Congress protect a women’s right to choose instead of the Supreme Court. In fighting climate change, Arkoosh promises to end fracking and push more companies to use renewable energy. Arkoosh also wants to reform immigration into the United States, create a fairer justice system and pass what she refers to as common sense gun laws.

Lamb, who has been labeled as a moderate by the national media, got the second-most donations thus far ($2.6 million). Lamb, a former marine, federal prosecutor and vice-chair of the Veterans’ Affairs Committee while in Congress, has talked about several key issues on his agenda if elected to the position. Lamb, like Fetterman, is a supporter of a $15 minimum wage and a supporter of LGBTQ+ rights. He also, like Arkoosh, is running on a pro-choice platform. Lamb also wants to reform or eliminate the filibuster if he is elected and has taken a hard stance for Israel to defend itself from attacks by enemies. 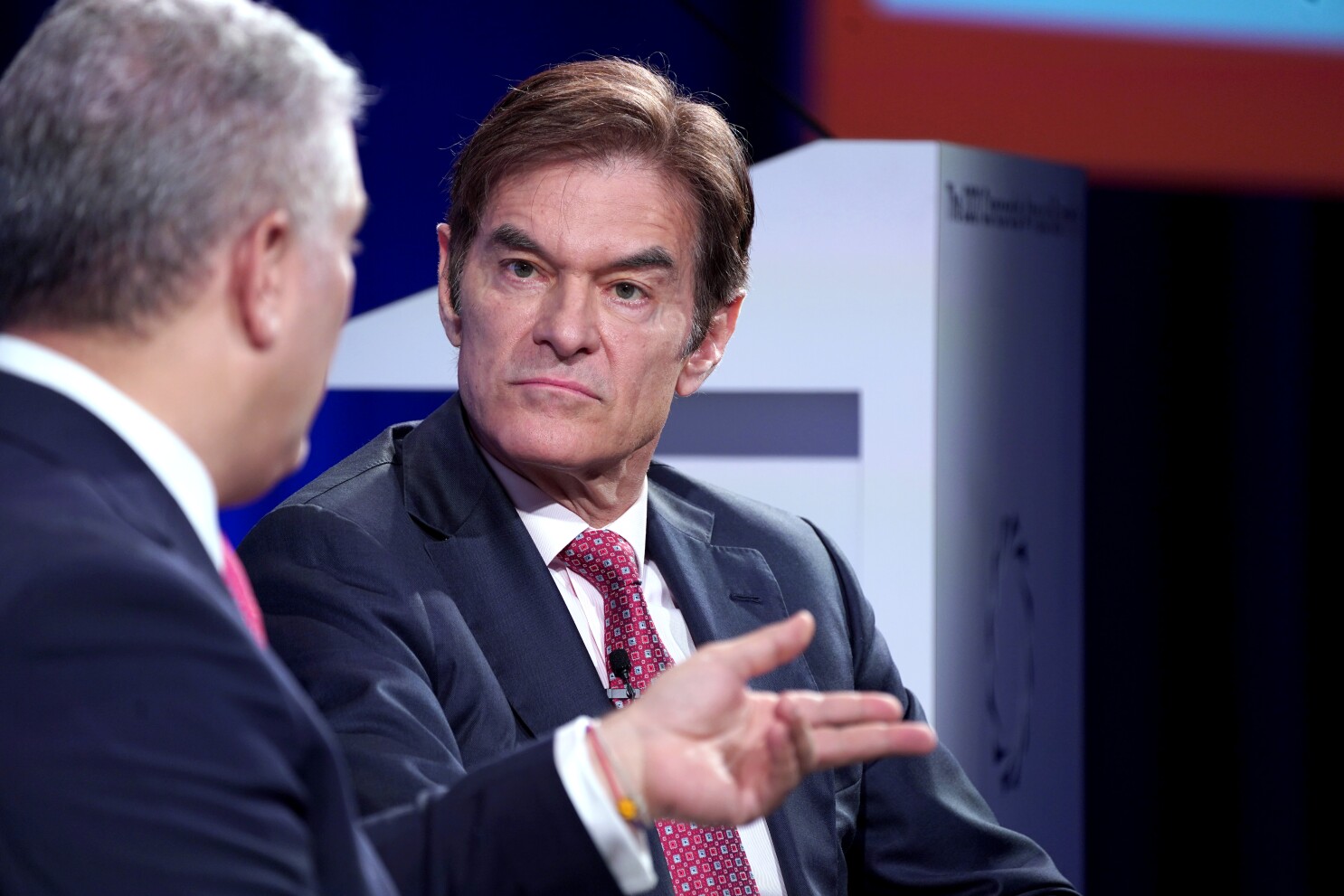 Mehmet Öz is known by most Americans as Dr. Oz, the former daytime television host turned politician. Oz, a heart surgeon who graduated from the local University of Pennsylvania, announced late last year that he was running for PA Senate, the first political campaign he has ever run. Oz’s main focus is on COVID-19 reform. On his website and in his campaign ads, Oz has stated that politicians got COVID-19 wrong and has been adamant that schools should not close due to the pandemic. Oz, like Conor Lamb, made it clear he supports Israel and has pushed for healthcare reform through the private sector. He is also against energy regulations, is pro-life and has stated on his website that he will protect the constitutional rights of law-abiding gun owners.

McCormick is the most recent candidate to announce the start of his campaign, making his announcement in the middle of January. McCormick, like Oz, has no experience of ever running a campaign, but he has much more political background than Oz. McCormick, a U.S. Army veteran who fought in the first Gulf War, had several roles in the Bush administration from 2005 to 2009 and was at one point the Deputy National Security Advisor for International Economic Affairs. He was considered for a couple of cabinet roles during the Trump administration, but never got the jobs. McCormick, who most recently was CEO of the biggest hedge fund in the world, Bridgewater Associates, has announced he is running his campaign against “wokeness, weakness and the radical left.”